Creation of a logo and brand identity for a marketing campaign to promote a new series of eleven Kafka translations into Slovene, published as part of the Beletrina hardback series between 2008 and 2012. The promotional brand was selected for Oblikobranje – Reader-friendly Design (6 Jan–2 Feb 2010) held for the members of the Designers' Society of Slovenia (DOS), one of the central events of Ljubljana's time as UNESCO World Book Capital 2010.

The artwork was inspired by Czech Cubism, and particularly by the Artel Cooperative (early 1900s–1924) based in Prague, from whom Kafka is known to have bought objects. It was made with using linocuts, a process invented in 1896 by Gustav Klimt's friend, František Čížek, a Czech-born artist living in Vienna, and was further experimented by the Vienna Secession. Typography was chosen to be reminiscent of angular shapes of the zig-zag pattern in the artwork.

Thank you for all the hard work done on this campaign as the outcome is superb.
– Sanja Grobovšek, Marketing Director of Beletrina Academic Press, Testimony, 6 May 2008 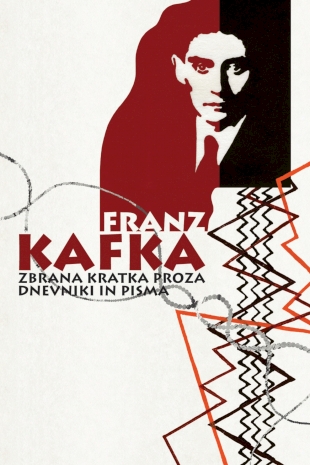 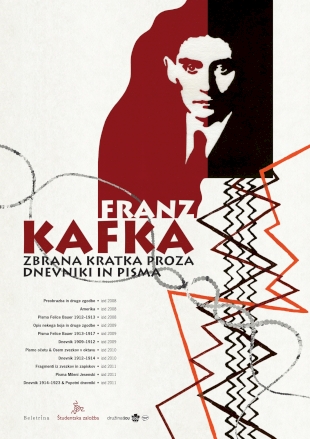 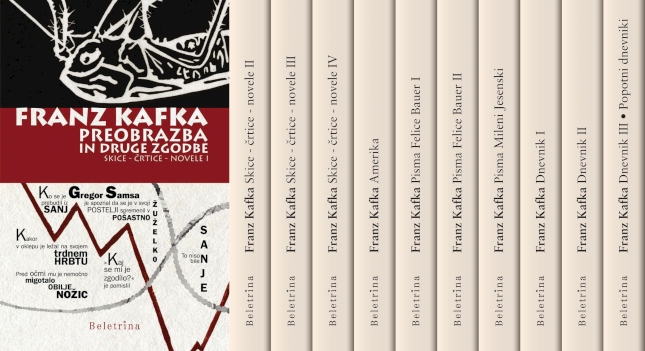 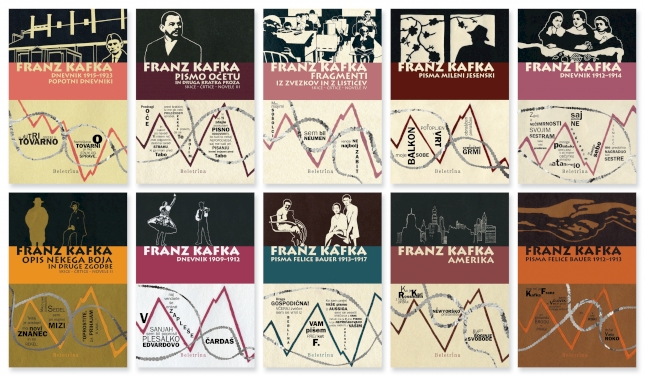