Design and illustration for a children’s picture book of poems on 12 colours, Barvice (Coloured Pencils), written by Feri Lainšček, one the most famous Slovene authors and film directors. The book was produced in conjunction with Maribor 2012, European Capital of Culture.

The illustrations show a variety of technical skills, not only in construction but also in using mixed media, combining various techniques including drawing, photography, collage, photomontage and digital manipulation. The principal technique involved the cut-and-paste of pieces of paper with various tones, patterns and textures, representing the 12 colours. Many papers used were from a personal collection and included recycled paper shopping bags and napkins, collected during various travels around the world over the years. Inks and scrim tape were also used to achieve the desired textures and colours. Shapes were collaged together to construct each element of the image in a playful way.

The book was given the Highest Funding Award for Illustration by The Association of Slovene Fine Artists' Societies (2010). It was named ‘Book of the Month’ (March 2011) by Lunin Festival, one of the most important children's festivals in Slovenia. The book was also nominated for Večernica (2011) and Desetnica (2011), the two highest awards for children’s and youth literature in Slovenia.

Interesting and vivid illustrations ... incorporate a different kind of images as a whole, both from the point of technique (photography, cut out images, drawing) and from the point of selected motives (a visual translation of the poet's words).
– Dragica Haramija & Janja Batič, Sodobnost 10 (2013): 1450–1452

I enjoyed from the start how Andreja ... understood my verse, which she then interpreted ... in her visual way of thinking. The result was new networks of meanings and symbols, perhaps even artistic expression that goes beyond literary and visual art.
– Feri Lainšček, quoted in Zdenko Kodrič, Večer (Večernica), 22 Sep 2011

Her first children’s book embraces the poetry in a sophisticated and artistic manner, and has caught the rhythm of Lainšček’s literary thoughts …
– Liljana Klemenčič, Večer (Večernica), 4 Jul 2011 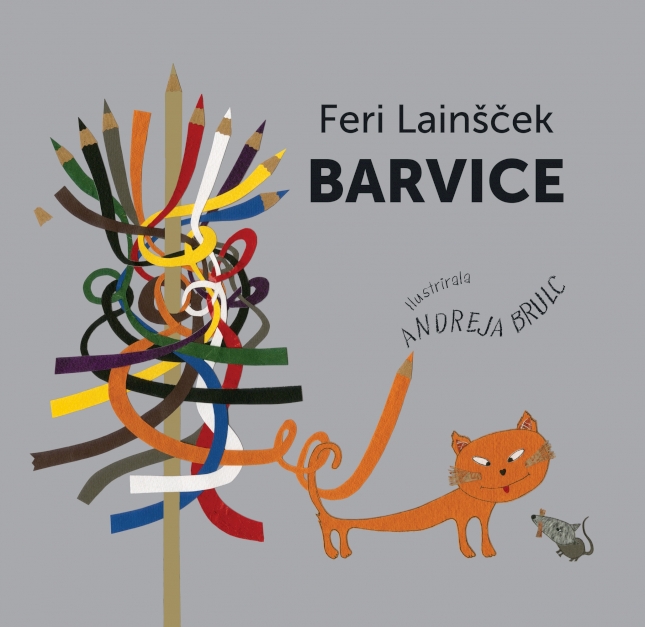