/ ART PROJECTS / Life in the City

Wall murals for the Press Room of the publisher – a site-specific art project called Life in the City – to serve as a backdrop for a series of press conferences during the international World Literatures – Fabula Festival, the central event of Ljubljana's time as UNESCO World Book Capital 2010.

Murals were based on illustrations, created for the Beletrina imprint, and were selected to reflect the life in the city of Ljubljana. The left wall has a composition of three blocks of flats, immediately recognisable as the typical architecture of the 1950s and 60s in the city. The central wall shows life-sized figures: some busy going to work towards the left (symbolically towards the innermost wall showing the hand indicating a place where business is conducted); some walking at leisure away from the viewer; and a female figure walking a dog towards the right, that is, towards the external wall containing windows, between which there is a tree (symbolically painted as if life after work continues in the park). The central wall also served as a backdrop for the photo project called The Reader. 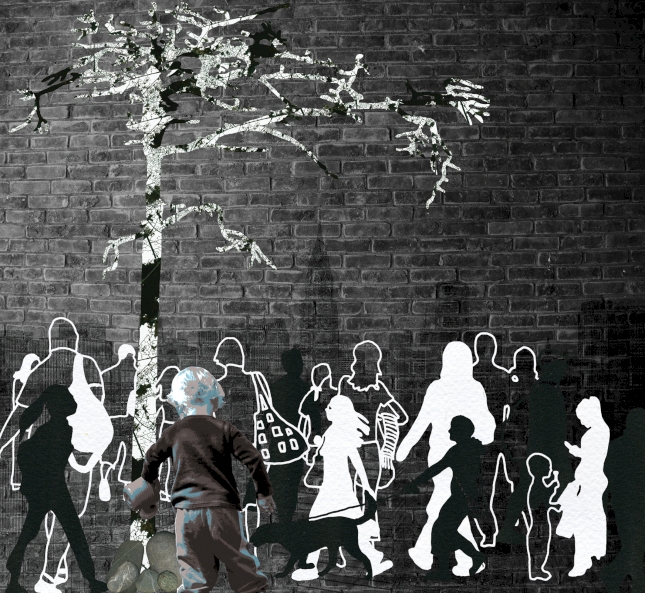 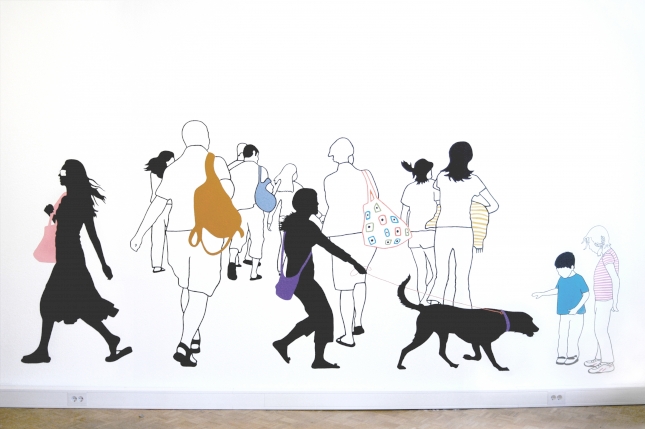 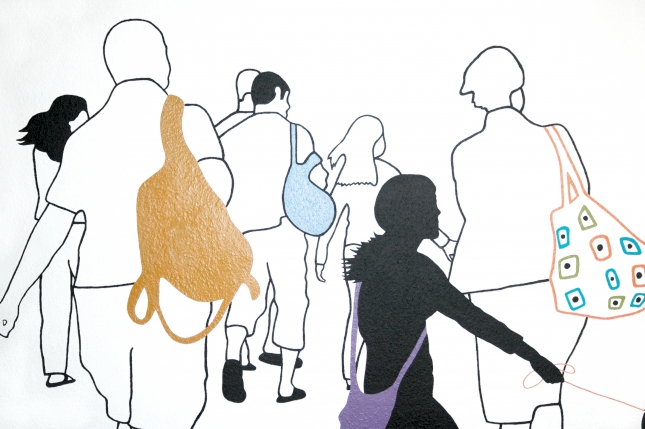 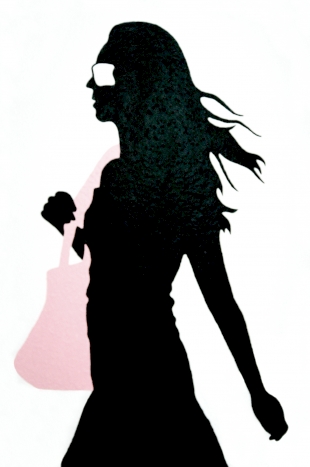 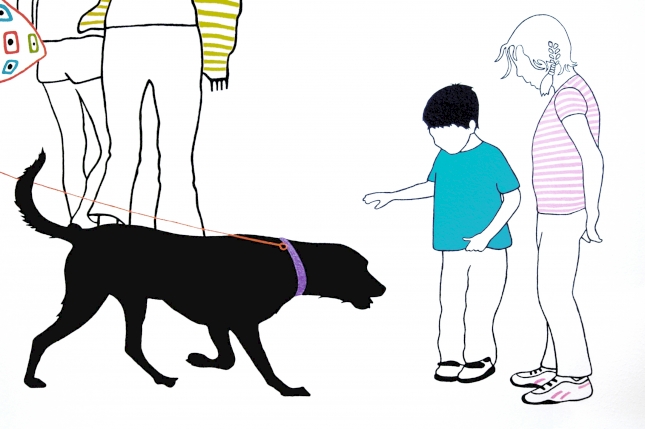 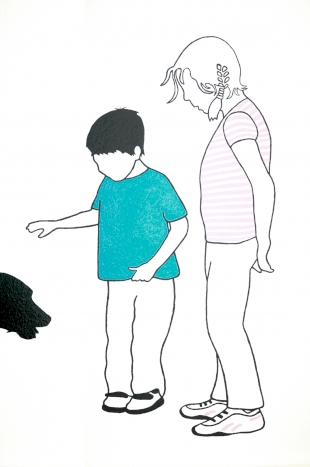 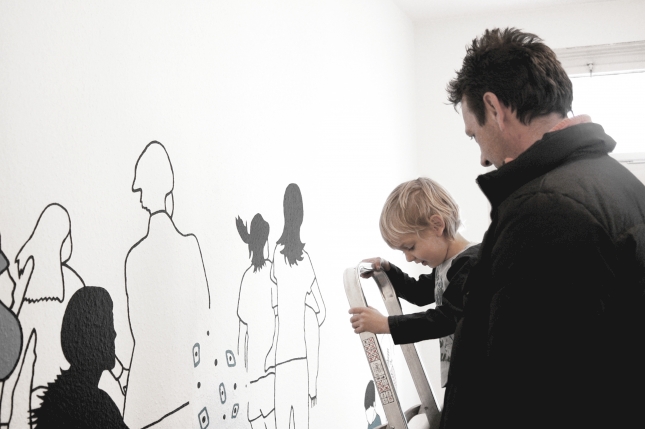 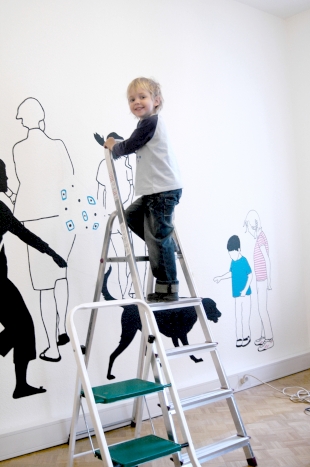 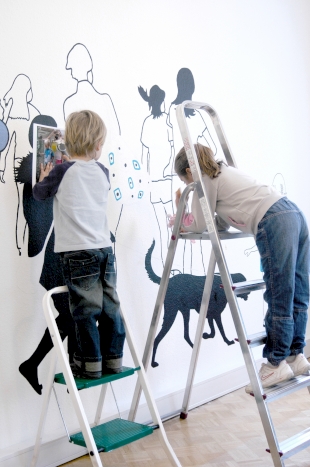 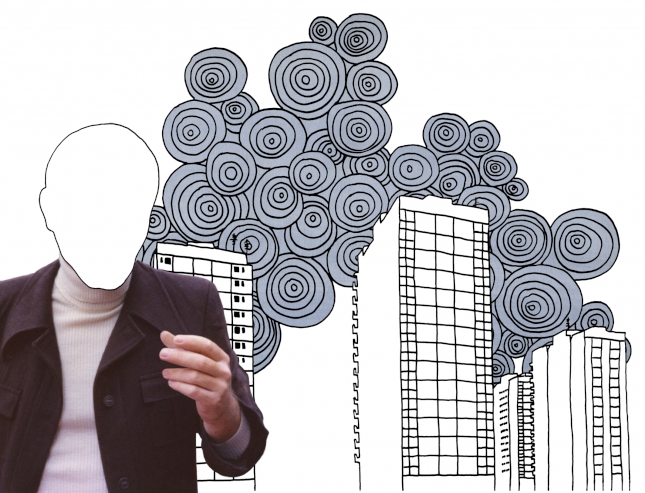 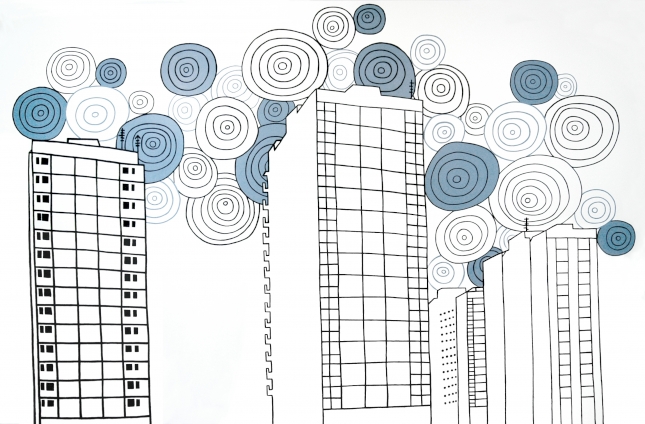 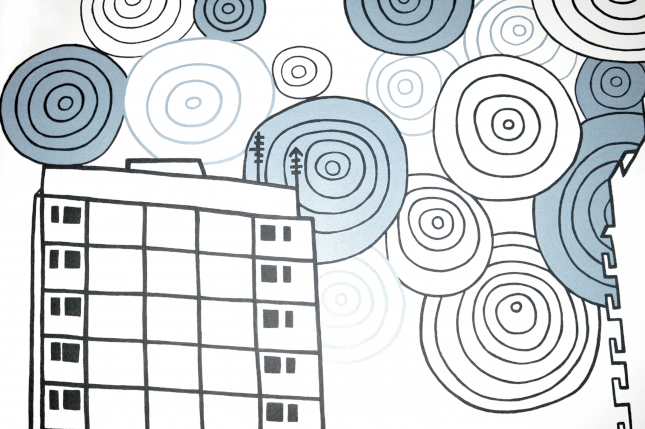 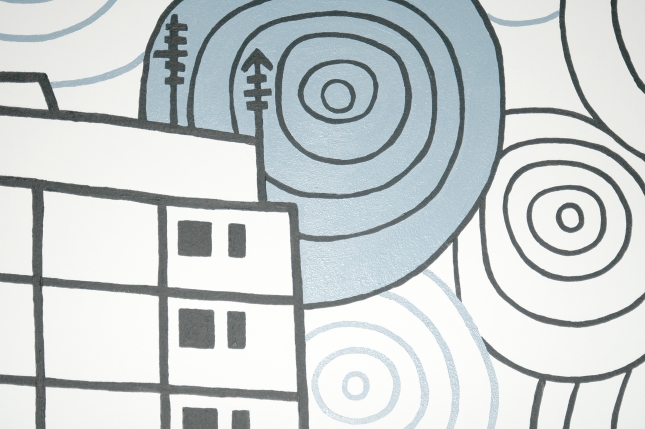 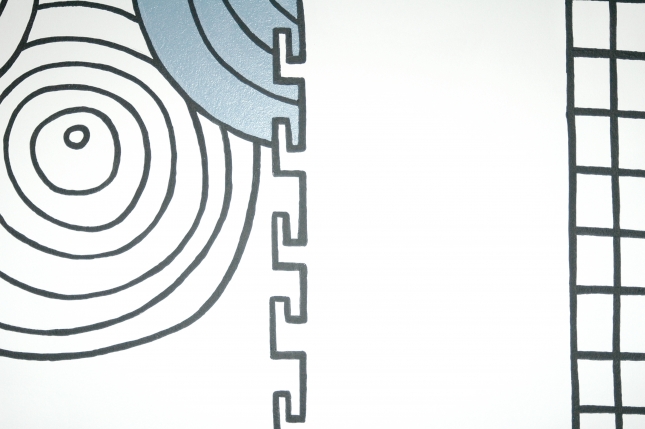 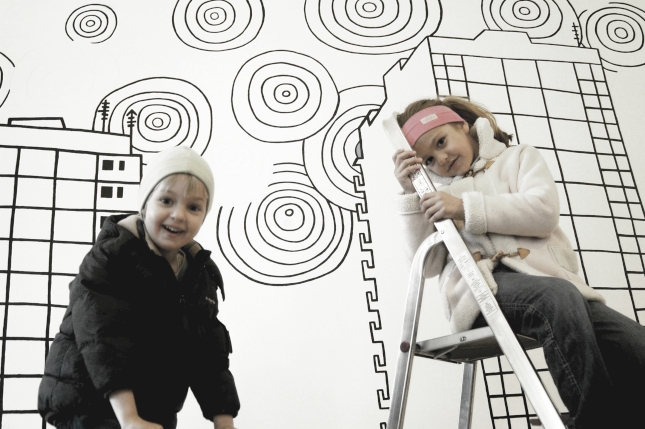 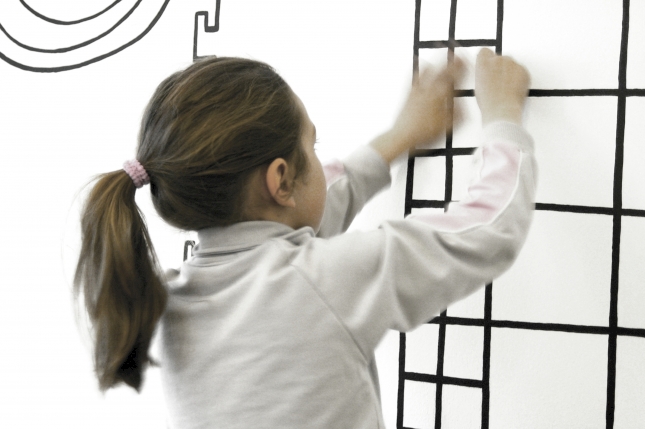 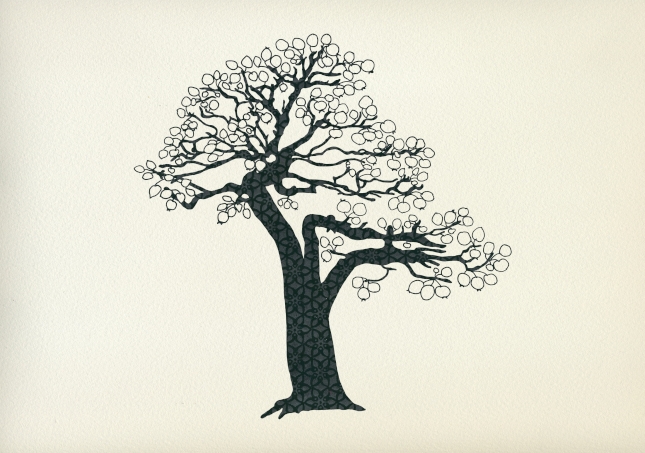 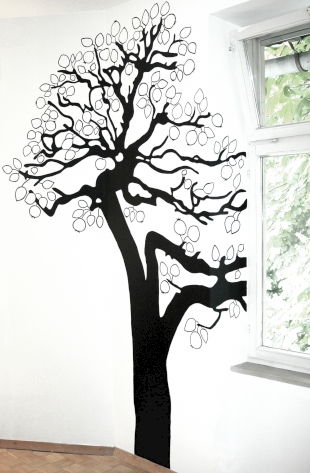 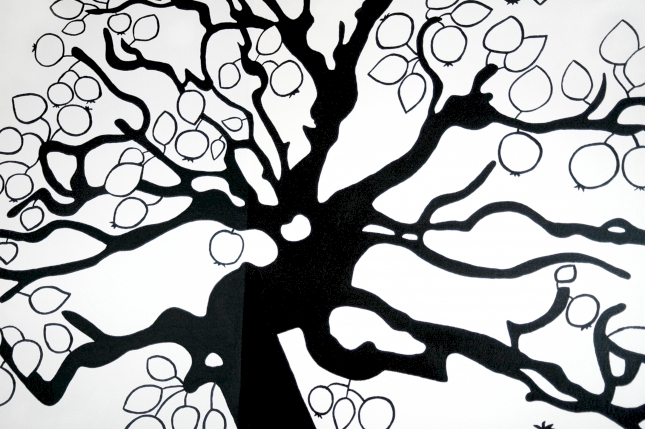 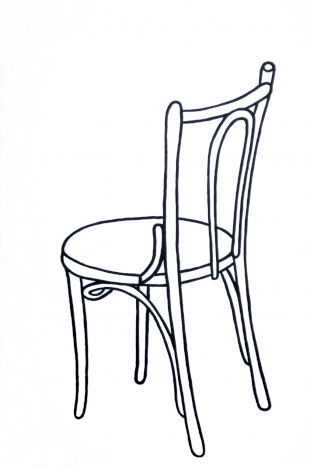 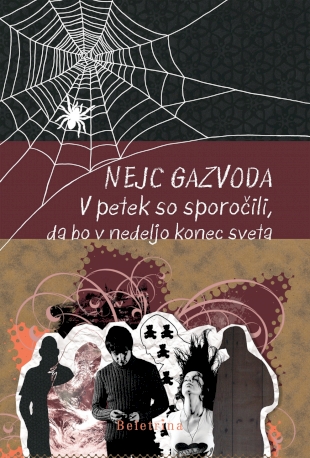 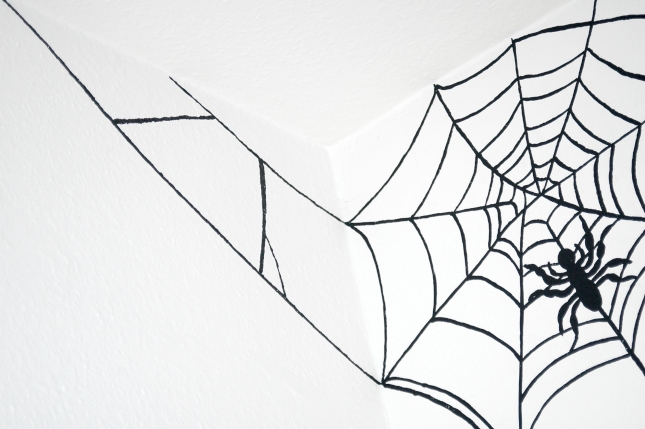 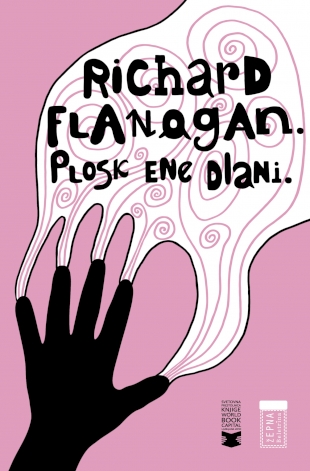 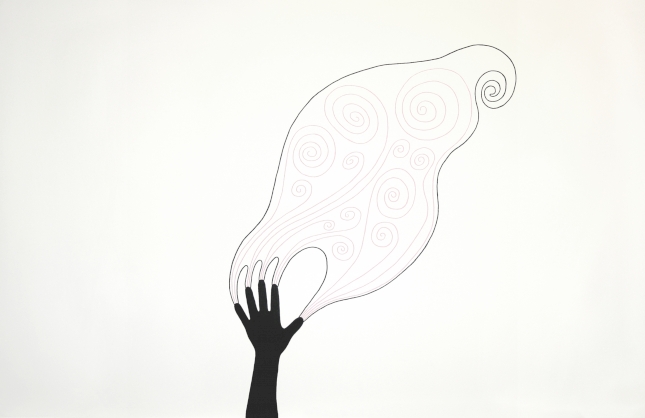 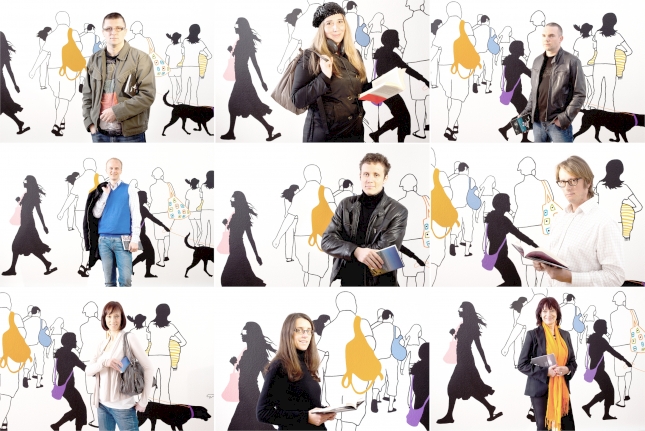 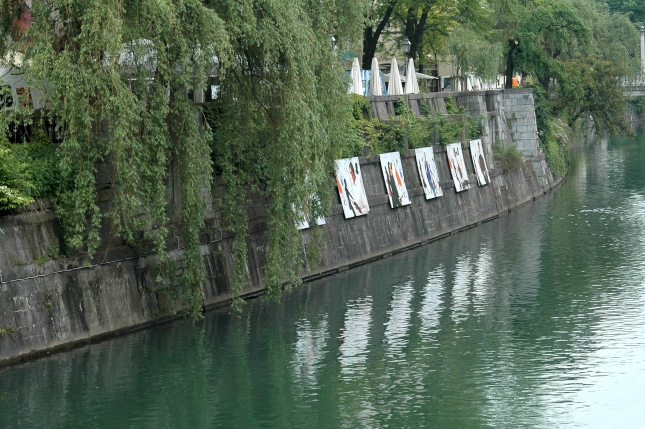